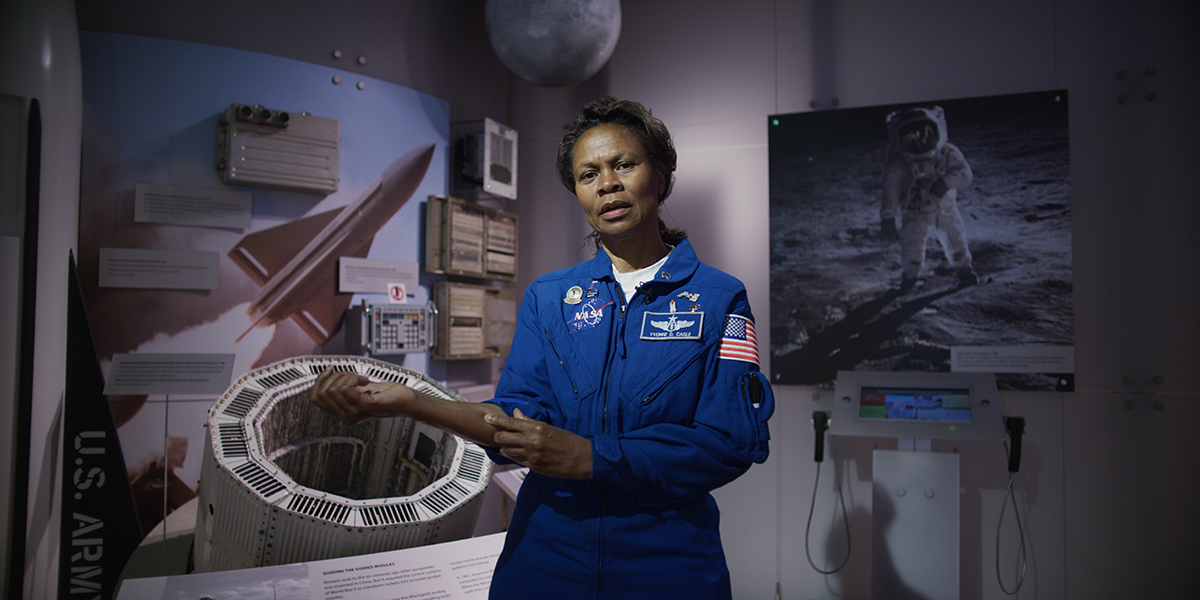 Due to Covid-19, screenings are limited to 20 guests. Seating will be spaced 6 ft apart and masks are required. The video runs 56 min and will be projected onto a 32’ x 18’ screen installed in the middle of a 12,000 sq ft warehouse space.

Nicole Miller’s To the Stars (2019) is an immersive exploration of identity, voice, pain, and possibility, combining video and sound elements with a dynamic laser-light display. To create this work, Miller filmed interviews, performance rehearsals, and behind-the-scenes moments with prominent figures of color in the arts and sciences, including choreographer Alonzo King, opera singer J’Nai Bridges, violinist Jessica McJunkins, and NASA astronaut Yvonne Cagle, as well as youth in local schools.

Nicole Miller lives and works in San Diego, CA where she is Assistant Professor in the Department of Visual Arts at the University of California, San Diego. Her work is included in many museum collections including the San Francisco Museum of Modern Art; Los Angeles County Museum of Art; the Hammer Museum, Los Angeles; and the Studio Museum in Harlem, among others. In 2018, Miller was the recipient of the John Simon Guggenheim Foundation Award. In 2016, she was awarded the Rome Prize and was a fellow at the American Academy in Rome for 2016-2017.