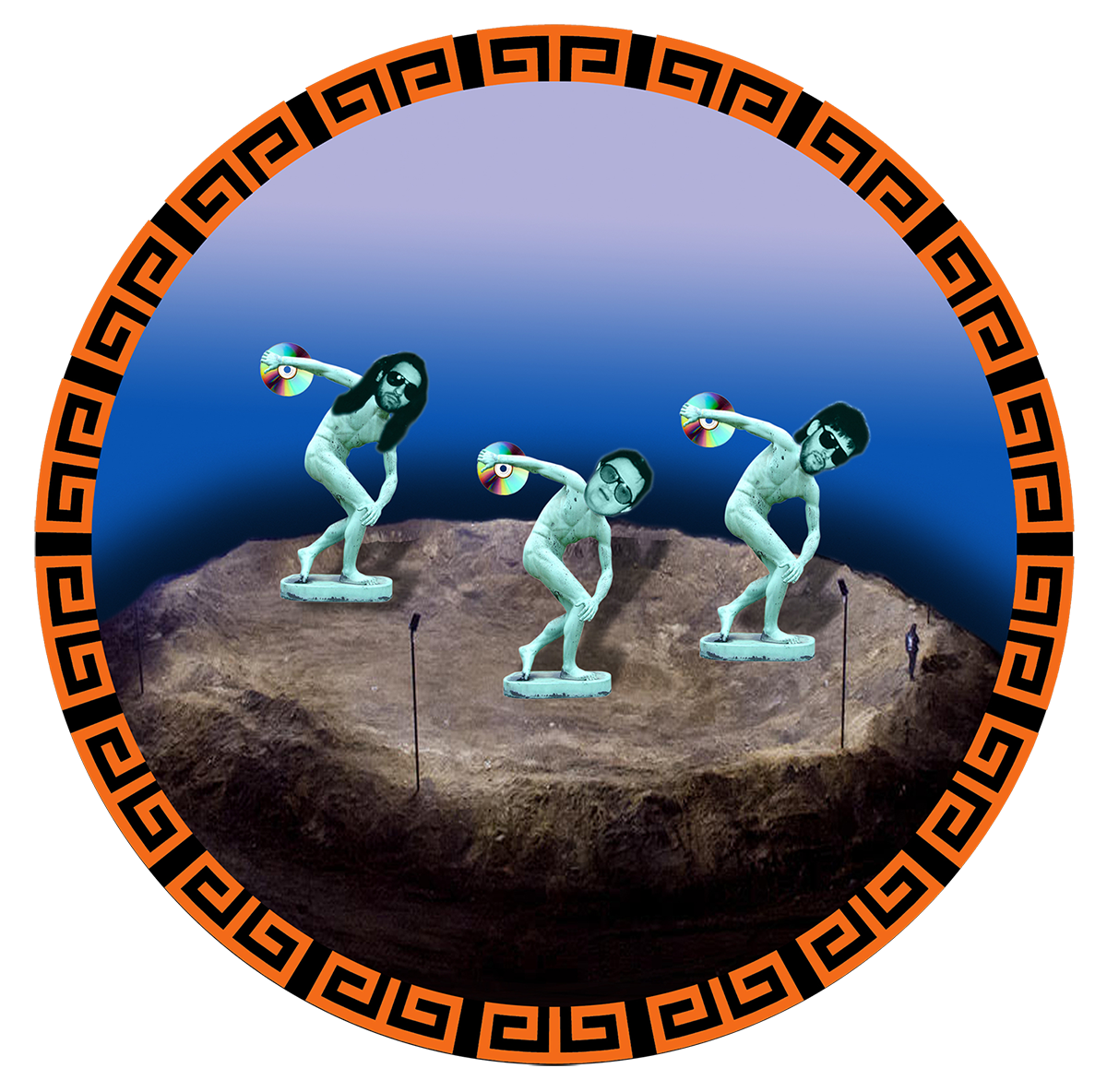 Due to Covid-19, masks and maintaining 6ft of social distance are required.

Join us on Saturday, February 13 from 10am–10pm (GMT-6) for Reynols Sonic Marathon at Stadium. Stadium, a work by American artist Jasper Marsalis, is located at 445 Malcolm Ave SE in Minneapolis. Line array speakers will direct sound into Stadium for this outdoor event, featuring 12 hours of Reynols music, recorded over the last 25 years.

Organized by Red Social, this ‘invisible concert’ —one with no musicians present— is conceived as a rare, one-day conjunction of two artistic projects. Visitors may move in and around Stadium while experiencing the Reynols Sonic Marathon. Due to Covid-19, masks and maintaining 6ft of social distance are required.

If you live outside of Minneapolis, or prefer to tune in from home, listen in via live stream at redsocial.live.

Mexican platform Red Social and Midway Contemporary Art present an ‘invisible concert’ by the Argentine band Reynols, in dialogue with Stadium, a monumental excavation by American artist Jasper Marsalis. Located at the future Malcom Yards development in Minneapolis, Reynols’ Sonic Marathon at Stadium will be Midway’s 6th Off-Site project and the first of 2021.

Sonic Marathon at Stadium is conceived as a rare, one-day conjunction of two artistic projects. Organized by Red Social, a project by Mexican artist Adriana Lara which has previously combined a musical performance and monumental sculpture, the ‘invisible concert’ is instead a kind of antimonumental antiperformance. It will take place at the site of Stadium, a site-specific project by Jasper Marsalis commissioned by Midway in 2020. A void in the earth, Stadium offers viewers a space for reflection on the compounded absences of our present moment. Marsalis describes his related work Crater Speak, an artist’s book published by Midway in 2019, as “the expression of presence as absence (and vice versa). Its existence formed by lack and loss. Destruction as its creation, branded by alien force. Instead of focusing on the spectacle of origin, I propose focusing on its nowness. Its absent voice/stare/body/place.”

Sonic Marathon will feature 12 hours of Reynols music, recorded over the last 25 years. In 1995, the same year Marsalis was born, Reynols became known with the release of their album, titled Gordura Vegetal Hidrogenada. The album, described as the first ‘dematerialized’ record in music history, included a box, titles, and lyrics, but no disc. The only work by the band to be released in their home country (and later reissued on “dematerialized vinyl” through the Norwegian label Hærverk Industrier), this non-disc was originally presented at a concert on the terrace of the Efimus Academy in Buenos Aires. The audience was made up of plants. Reynols described their concert, saying, “playing implies listening, and listening implies including the other. Plants have longer times, so we played many hours to connect with that speed.”

Reynols’ work and history has resonance with the absurdity in which we currently find ourselves. They performed from Argentina with composer Pauline Oliveros while she was in the U.S. via an online streaming concert — something that has become almost commonplace in the past year, but which they accomplished in 1999. Writer Leila Guerrero describes Reynols as predecessors, “those that precede or go ahead in time or space” and “initiate or introduce ideas or theories that will be developed in a future time”. Perhaps the concept of an ‘invisible concert’, with no musicians present, will be one of these ideas.

Line array speakers will direct sound into Stadium for this outdoor event. Visitors may move in and around Stadium while experiencing the Sonic Marathon. Reynols classics such as Deportation Symphony, Blank Tapes, 10,000 Chickens’ Symphony, Whistling Kettle Quartet, and Pauline Oliveros in the Arms of Reynols will be included, as well as other lesser-known works, unreleased material, and their recently released Gona Rubian Ranesa published by Outlier Communications in December 2020.

As we find ourselves paralyzed by a global pandemic, with public music events silenced or forced to exist virtually, there is no doubt Reynols Sonic Marathon at Stadium is the physical and distanced blast we all need.

REYNOLS started in 1993 in Buenos Aires. It is famous in part for its unique drummer/vocalist Miguel Tomasín, the band’s spiritual architect, known for his embodied chants and extravagant proposals. He is considered to be one of the most well-known global personalities living with Down’s Syndrome; as well as being known for his music, his name appears in books on Neuroscience and Neurodiversity. Tomasín, together with band members Alan Courtis and Roberto Conlazo, has created a band known for its musical diversity, which spans everything from cosmic free rock and lo-fi drone electronic music, to conceptual sound art and social/political/esoteric observations. Their catalogue shows more than 150 releases in labels from Japan, Europe, Oceania, Latin America and the US. Despite multiple documentaries about the band and an open-process DIY philosophy, Reynols still maintains an air of mystery.

Jasper Marsalis (b. 1995, Los Angeles, CA) is an artist and musician based in Los Angeles. His recent exhibitions include ♫ A star like any other —, Kristina Kite Gallery, Los Angeles, CA (2020); ♪ A star like any other —, Midway Contemporary Art, Minneapolis, MN (2019); and Flash blindness, Svetlana, New York, NY (2018). His work was also featured in Young, Gifted and Black: The Lumpkin-Boccuzzi Family Collection of Contemporary Art, Lehman College Art Gallery, Bronx, NY (2020). Crater Speak, an artist’s book produced in collaboration with Midway Contemporary Art, was released in 2019. Under the moniker Slauson Malone, Marsalis released the albums Vergangenheitsbewältigung (Crater Speak) in 2020 and A Quiet Farwell 2016-2018 in 2019.

RED SOCIAL is a transdisciplinary project by artist Adriana Lara that works on the production and assembly of events to create collective experiences through the meeting of music and performance. redsocial.live